This is how it went.

We decide to knock off a little piece of Warlord territory. Scary lady calls herself the Wake owns this spot. I can't take a name like that seriously, but she's got that hoarder instinct, like me, so she keeps her villages well-provisioned.

Well-provisioned with an amateur security detail. Easy pickings for my crew.

So it starts with me, right? I get us in. I set it up, blow open the doors, and then I hand it off to Otto when the cavalry comes.

Now Otto's a Sword man. He's all about "craft." Technique. Precision. It's disgusting, but I don't care how he does it, as long as it gets done, so I just let him do it. And Otto does it so beautifully that, when he's done, you're standing there holding your guts in your hands and thanking him for the show.

I slip into the supply bunker real fast and quiet, and Otto covers me. He's waiting for them when they find us, and he makes them stop short. Huge guy, Otto. A giant with a Sword and the meanest looking gauntlet on his arm you ever did see.

He takes out about ten guys armed with Rifles so fast, so smooth, that they don't even see me going for the goods. One minute we're surrounded, and then we're the only suckers left standing. 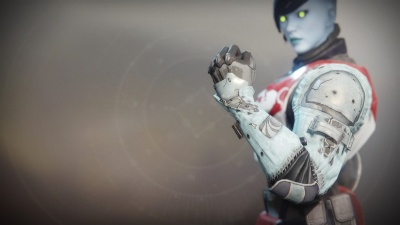 Do Not Sell My Personal Information
Retrieved from "https://d2.destinygamewiki.com/mediawiki/index.php?title=Stronghold&oldid=70698"
Categories: