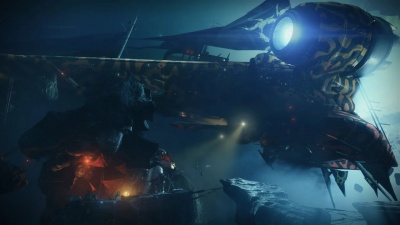 Pirate Hideouts are a story activity introduced during the Season of Plunder.

Pirate Hideouts are short story missions. Each hideout is set inside of an asteroid in the Themis Cluster of the Sol System's Asteroid Belt. They are structured similarly to Lost Sectors, in which players will fight through an area full of enemies until they reach a boss at the end. After the boss is defeated, players will claim a relic, which can be placed on a display table across from the Star Chart in the H.E.L.M. This is required to complete the Antiquarian Seasonal Challenges, which reward

Pirate Hideouts are accessed through the Sails of the Shipstealer quest, with a new one becoming available with each week of the Season. They are launched from the H.E.L.M. map in the Director. Once completed, they cannot be replayed, aside from doing the quest again on a different character.