Ikora, I've done the best I can. Their language is moronic; I've had more interesting conversations with Titan recruits. Still, if true this is… enlightening. —Asher

1: Deployment as planned. Still carry the honor silk from the dispatch ceremony. Proud to serve the emperor.

2: Word has reached us of the [untranslateable] Ghaul's assault on the Trappist system. Death to warlords!

3: The traitor [untranslateable] Calus has claimed another Primus. The Siege Dancers will not forget!

4: Skyburners in ruins. Dark King ascendant. We must hold this world for the emperor!

5: The Primus has given the order. We are to stand as long as we can against the [untranslateable] Ghaul. Glory to the one true emperor. 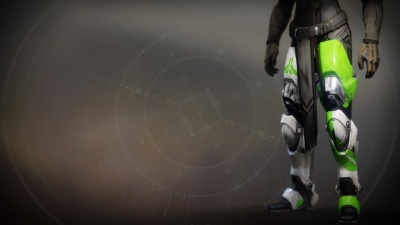