Ketchkiller's Grips is a Legendary Gauntlets.

Detailed explanation on how to acquire Ketchkiller's Grips

"Being captain just means everyone has a reason to want you gone." —Spider 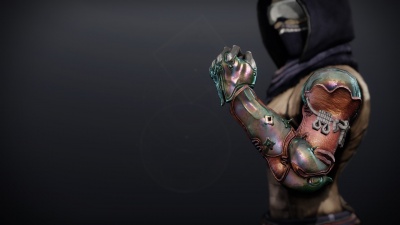