Ketchkiller's Gloves is a Legendary Gauntlets.

Detailed explanation on how to acquire Ketchkiller's Gloves

"Those other fellas got more hands than you, so make sure you're holdin' bigger guns." —Drifter 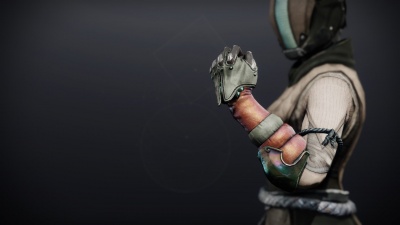