Ketchkiller's Gauntlets is a Legendary Gauntlets.

Detailed explanation on how to acquire Ketchkiller's Gauntlets

"Steer your ship true, as trust is rare among the deep stars." —Mithrax 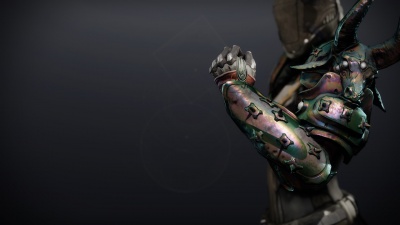