Corridors of Time is a place the players could explore to solve a puzzle.

This activity was available from January 14, 2020 to January 28, 2020, and was used to unlock the Memento quest for an Exotic Fusion Rifle, Bastion. The emblem from the Corridors of Time cannot be obtained anymore, but the quest is now available directly from Saint-14 and the lore is obtained upon its completion.

Exploring the Corridors of Time

This section pertains to the sandbox level, but explains traversal in the corridors. For the related mission, see Corridors of Time Missions.

The fireteam walks through a series of rooms filled with various Vex, but fighting them is not necessary. There are six doorways in each room, and in front of each doorway is a marker with a certain glyph (Figure 2). Walking through a corridor will transport the fireteam into a new room, and the corridor behind will become the entrance room, which is marked with a Cauldron. Within the entrance room is a marker with a reflection of the glyph that was on the doorway the fireteam entered last, excluding Cauldron. Interacting with this marker resets the fireteam's sequence and allows them to start anew.

Navigating the corridors in a correct sequence will arrive at the Timelost Vault, which contains a sarcophagus. The glass floor shows a nexus of gylphs and has an interaction prompt. Entering the sarcophagus platform will teleport the player to the entrance room, where they can reset their run and try another sequence, or go back to the vault and explore.

At every hour, the Sundial Obelisks will display a new set of 7 glyphs arranged in a hexagon, cycling through a total of 19 sets. This sequence reads from the upper-right glyph, then follow clockwise until the top, and finally the middle glyph. The 7-glyph sequence is a code that indicates directions to arrive at the Timelost Vault in the Corridors of Time.

All 19 codes will arrive at the Timelost Vault. Each instance has the glass floor showing a "???" interaction prompt and a different nexus of glyphs (Figure 1). 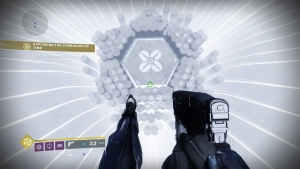 Figure 1. Nexus Glyph that appears below the Timelost Vault.

The glyph nexus has one large glyph surrounded by a hexagonal perimeter, some of the sides of this perimeter are marked to indicate a wall or unmarked to indicate a doorway. Surrounding the perimeter are various sets of glyphs. The nexuses are meant to be pieced together into a map of a maze of nexuses with an entry and exit point, each side of a given nexus is matched with the side with the same glyph set found on another nexus (Figure 3).

With the 19 nexuses collected, solving this maze will procure an 11-glyph sequence of the large glyphs that can be used in the corridors to arrive at the vault again. This time, the glass floor has a "Reveal" prompt that reveals a new glyph nexus that changes at every hour.

In this part of the quest, the amount of unique nexuses that can be revealed total 5040 variants (7!).[1] Initially, each character is given 2 nexuses to cycle through in a single day. With each passing day in the season, the pool is incremented upwards until 24 per character per day. After the expansive maze is solved, the resultant 30-glyph sequence will arrive at the vault, where Saint-14 will speak a eulogy of the player's permanent death. Afterwards, the fireteam is rewarded the chronometric core, which starts the Memento quest. 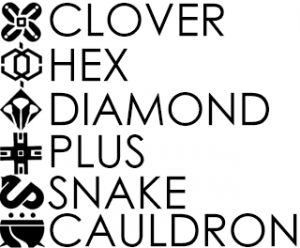 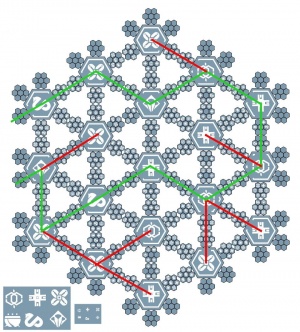 Figure 3. A map of the lore glyph nexuses assembled and charted. Note the matching orientation of the outer glyphs between each adjacent hexagon.

The order of the codes does not matter, the player will get lore triumphs in their correct order no matter what codes they use.

By using each sequence for the first time, the player can obtain:

During the Completing an Impossible Task quest, Osiris sends the Guardians twice through the Corridors of Time to save Saint-14 (Corridors of Time Part 1 & 2). During these missions, only one door in each room is opened. Navigating the prescribed path in this instance brings the players to the sections of the Infinite Forest where Saint-14 is located.


Do Not Sell My Personal Information
Retrieved from "https://d2.destinygamewiki.com/mediawiki/index.php?title=Corridors_of_Time&oldid=71128"
Categories: