Detailed explanation on how to acquire Warmind's Avatar Chestplate

Construction scaffolding casts geometric shadows across damp alleyways. Work is still being done to repair the damage caused by Ghaul's invasion, and it is here in this place where rats scurry in the absence of citizens and where Osiris lies in wait.

He had been here once before, nestled in a crack at the foot of the Schnell building, cupping his hands to his face to hold back the dark tide of necrotic fluid pulsing from his—

No. That was Savathûn. But still, the shadows remember him, and he remembers their embrace.

Osiris stirs from his reverie the moment his pursuer enters the alley. He can see her shadow cast across the wall, penned in by the scaffolding's negative space. It is an optical illusion of a prison, a trick of the eye. Aunor Mahal notices the configuration and appreciates the symbolism of walking into a spider's web just before Osiris lunges from the darkness, grabbing her by the collar of her robe to slam her up against the opposite wall.

Aunor grunts on impact, her gaze trailing down to Osiris's trembling hands holding fistfuls of fabric. While his stare is ferocious, his strength is lacking. She lets him hold her there against the wall, and the moment he realizes he's being pitied, Osiris releases her and takes a step back.

"Your mind is still sharp," Aunor opines. It stings his pride, makes his jaw clench. "What did you think was going to happen next? I'm not going to fight you." She looks him up and down. "It wouldn't be sporting."

"I remember the day you were raised," Osiris says with hushed strength. "Curled up beneath a ruined bus, screaming for help. Too terrified to listen to your Ghost, too frightened to hold the gun it had nudged under the wreck for you."

Aunor sucks in a breath through her teeth and smooths the front of her robe. "I'm not here to hunt you," she clarifies. "I'm here to keep you safe."

"From yourself" is implied. To that, Osiris has no retort. He reconsiders his surroundings and his actions and shrinks away with regret. 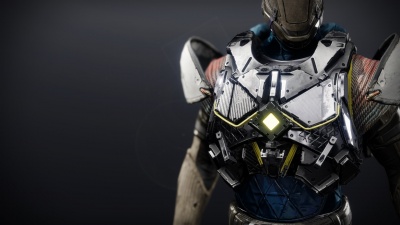