Drifter leans against the bar in The Ether Tank and rolls a coin over his knuckles. Eido watches in silence for a moment and wonders why Humans have such strange hands. She looks up at him.

"What are you doing?" she asks curiously.

"This? Just a little trick I picked up," he answers.

"I see. I find these 'tricks' with your coin to be quite complicated."

He flips the coin to her, and she reacts a half-second too slow. It clinks against the floor, then drops through a gap in the grate and falls out of sight.

"Eh." Drifter shrugs… and suddenly produces another jade coin between his fingertips as if he had conjured it from thin air. "I got hundreds of 'em."

The coin skips over his fingers before he flicks it toward her again. This time, Eido reaches out and catches it in her palm.

"Let's see what you got," Drifter says.

Eido considers this. In her right hand, she positions the coin on the crook of one claw and balances with the tip of her thumb. She then flicks the coin to herself, sideways this time, and catches it between the edges of two claws on her left hand—so quickly—that her movement is nearly invisible. She does it again, back and forth, up and down her four claws, rolling it over the backs of her knuckles each time. Her movements grow sharper, more deft, and the coin rings out with each motion.

When she flips it high into the air, Drifter catches it, eyebrow raised, impressed. "Fancy. Where'd you learn that?"

Eido clicks her mandibles and closes two eyes in an exaggerated wink.

"Just a little trick I picked up," she answers. 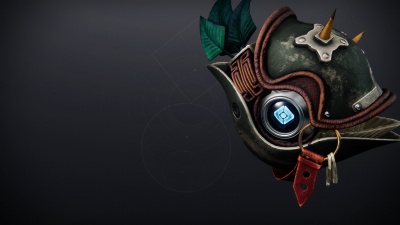