Universal Wavefunction is a Ship. 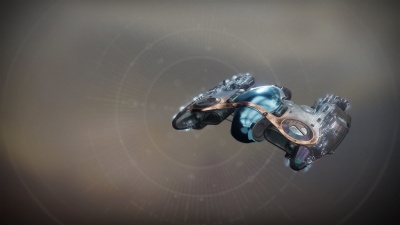 "The fluid itself is not the Vex. If their consciousness could be contained in such a state, it would have manifested in other states by now."

Ikora looks up from the terminal.

"Perhaps Lakshmi's device is the key. Was I wrong to dismiss it?" She chuckles. She does that a lot more, lately. "Probably. I was wrong about a lot of things."

She paces, hands behind her back.

"If understanding their ability to manipulate simulations and, in doing so, appear to travel to different times is our goal, then…" She stops and turns to look… at me?

"What do you think, Ophiuchus?"

"You're not just my Ghost. We were friends, once. I want to know what you think."

I try to maintain my composure. I don't think it works. "I'm glad you asked."


Do Not Sell My Personal Information
Retrieved from "https://d2.destinygamewiki.com/mediawiki/index.php?title=Universal_Wavefunction&oldid=70806"
Categories: