From Destiny 2 Wiki
(Redirected from Orbs of Light)
Jump to: navigation, search 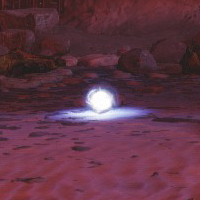 An Orb of Power on the ground

The Orbs of Power are items generated by players.

An Orb of Power is a white sphere that falls to the ground and can be picked up by running over it. Collecting an Orb restores a small amount of the player's Super energy. The player is unable to pick up an Orb of Power if their Super meter is fully charged.

When a nearby player generates Orbs of Power, it is announced in the system chat.

Some Mods provide additional benefits to the players who gather Orbs of Power.


Do Not Sell My Personal Information
Retrieved from "https://d2.destinygamewiki.com/mediawiki/index.php?title=Orb_of_Power&oldid=90378"
Category: