Blood in the forecastle, and the captain can't be found.

Mara Sov, Queen of the Reef, looked expectantly at Petra and waited for an answer.

The queen's emissary averted her eyes. "My queen," she said, "we recovered a vast trove of supplies stolen from us over a period of many years. We have located treasures long thought lost, and—"

"Do not avoid the question," Mara said, her words edged with steel.

Petra gritted her teeth. "We did not recover the Spider," she said. "It is believed he sealed himself in a pod and transported himself in one of the very shipments that was intercepted by Eramis's forces."

Mara tented her delicate fingers. Between her palms, she formed a tiny triacontahedron of matter resembling rose quartz. She spun the minuscule shape, tracking each of its 30 faces, lining each vertex with a tiny fractal arm that spun off into a curled fern of endless geometric detail.

By doing this, she quelled the sudden urge to cleave the Dreaming City in two—a reaction which would have discomfited Petra.

Petra allowed herself a measured chuckle, knowing it would draw Mara's furious eyes to her, and it did. It was time for the ridiculous denouement.

"We have received word that Spider now resides in the Last City," Petra said, daring a shrug.

The tiny crystalline structure abruptly fell to sand between Mara's hands. She cocked her head to the side, unable to hold back her incredulous smile. She shook a finger at Petra. "When I want him—"

Petra brought a fist to her chest and nodded. "You need only give the word, my queen."

Mara shook her head, boggling at the Spider's improbable path. "Will Crow…" she began, but couldn't find the right word to contain the breadth of justice she imagined. 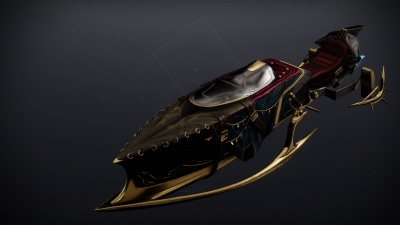