Received this today from a bright engram.

Overheard at the Fu'an Institute Library:

"Get over here and tell me this is what I think this is."

"Look at these quantities! It must be a colony ship!"

"'Must be'? Excuse me, you do remember you're supposed to be a scholar, right?"

"Come on, we know they were sending out colony ships in the Golden Age."

"We know they sent off the Exodus Black, which was lost for centuries until what's-their-name found it on Nessus. And we know they tried to accelerate the launch of the Exodus Blue during the Collapse, but it crashed in the Cosmodrome."

"Think of how many other colors there are!"

"Listen. You think I wouldn't love to know that humans made it to other solar systems? But we don't have the evidence."

"I'm gonna find it. A Golden Age map of other stars." 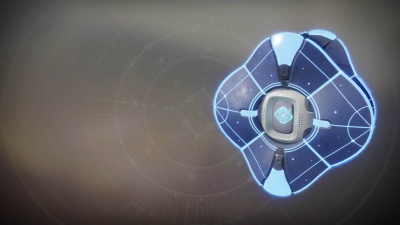 Do Not Sell My Personal Information
Retrieved from "https://d2.destinygamewiki.com/mediawiki/index.php?title=Star_Map_Shell&oldid=66006"
Categories: